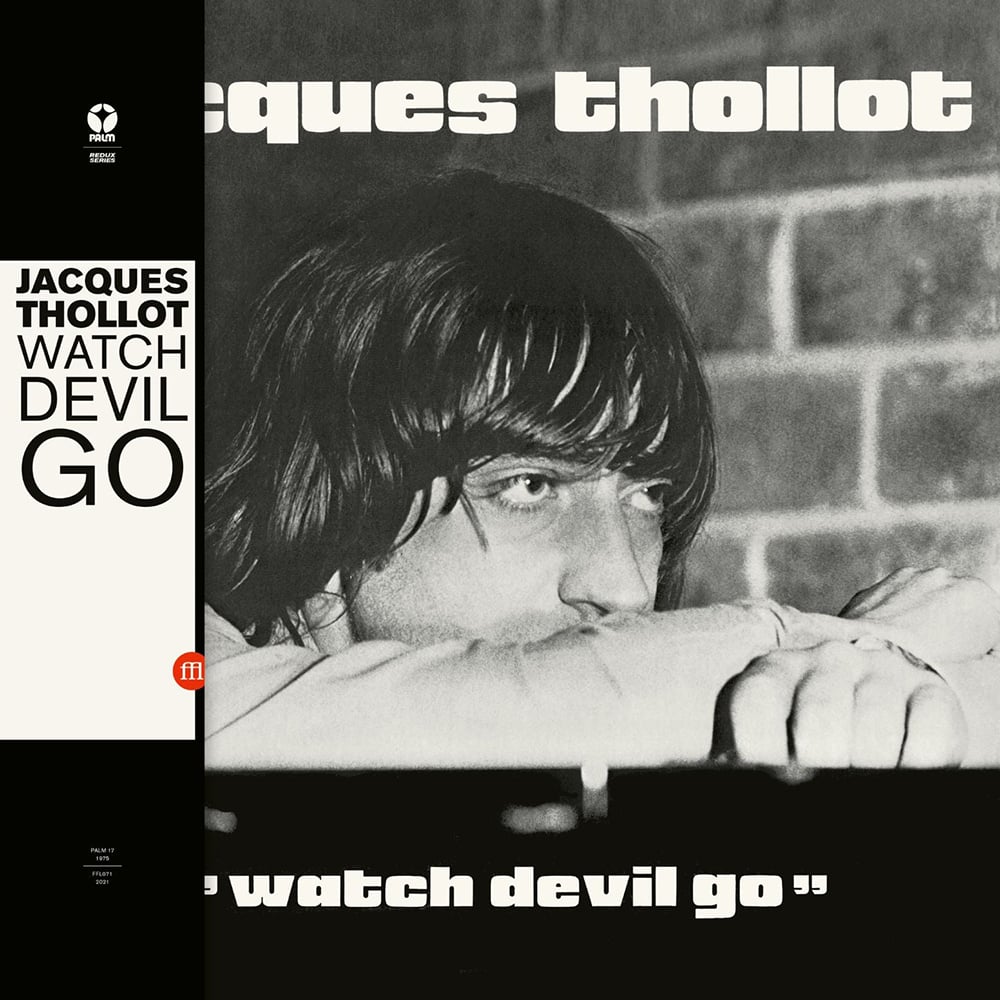 Four years after a first album on the Futura label in 1971, Jacques Thollot returned, this time on the Palm label of Jef Gilson, still with just as much surrealist poetry in his jazz. In thirty-five minutes and a few seconds, the French composer and drummer, who had been on the scene since he was thirteen, established himself as a link between Arnold Schoenbergand Don Cherry. Resistant to any imposed framework and always excessive, Thollot allows himself to do anything and everything: suspended time of an extraordinary delicacy, a stealthy explosion of the brass section, hallucinatory improvisation of the synthesizers, tight writing, teetering on the classical, and in the middle of all that, a hit; the title-track -that Madlib would one day end up hearing and sampling. “Watch DevilGo” was in the right place in the Palm catalogue, which welcomed the cream of the French avant-garde in the 70s. But it is also the story of a long friendship between two men. Jacques Thollotand Jef Gilsonhad known and respected one another for a long time. Though barely sixteen years old, Thollot was already on drums on the first albums by Gilson starting in 1963 and would play in his big band (alongside François Jeanneauonce again), ‘Europamerica’, until the end of the 70s.In a career lasting half a century and centred on freedom Jacques Thollot played with the most important experimental musicians (DonCherry, Sonny Sharrock, Michel Roques, Barney Wilen, Steve Lacy, François Tusques, Michel Portal, Jac Berrocal, Noël Akchoté...) and they all heard in him a pulsation coming from another world.