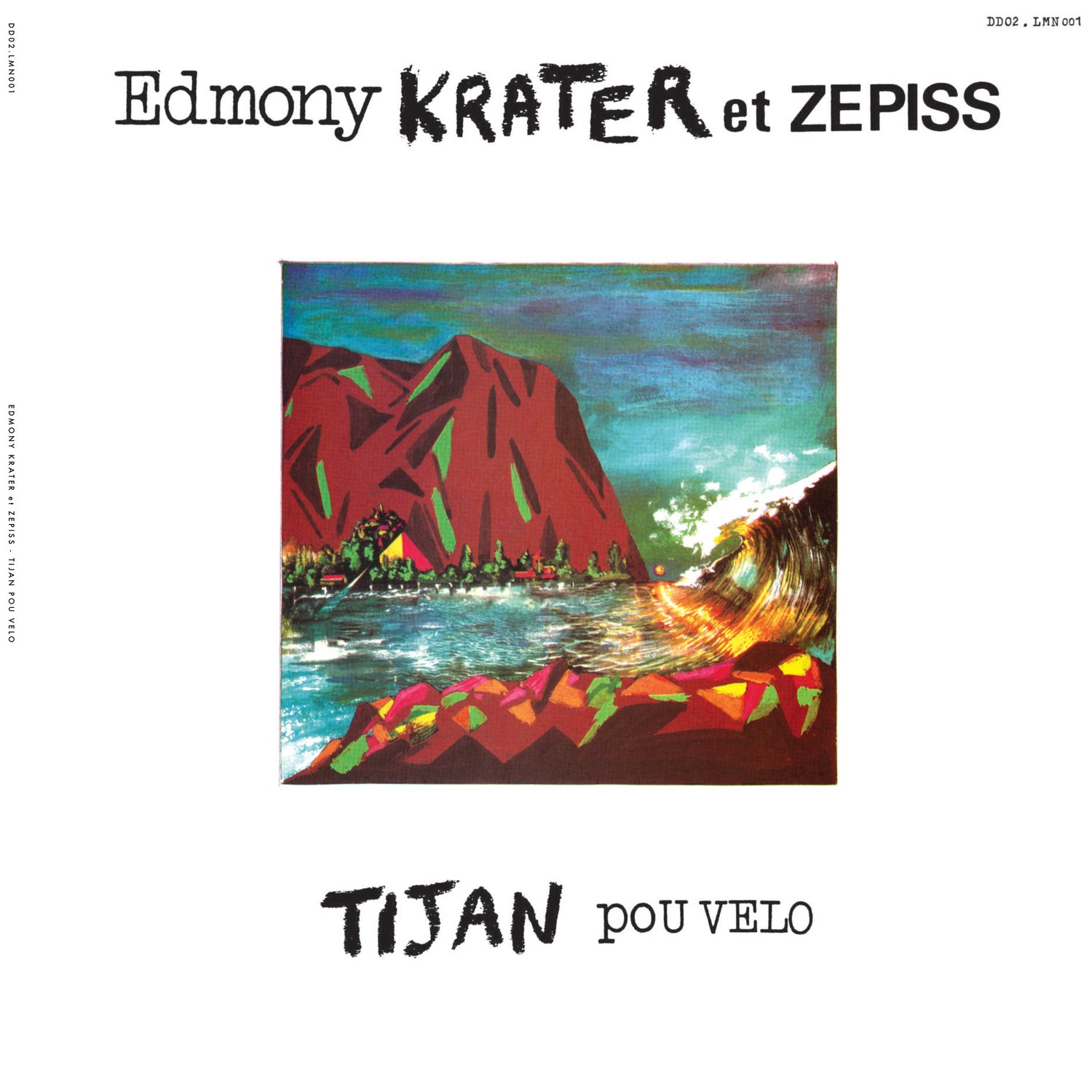 Ti Jan Pou Velo is a stellar gwo ka jazz fusion masterpiece recorded in 1988 by Edmony Krater, a former member of Gwakasonné (one of the most famous Gwo Ka modern group from Guadeloupe) with the help of the group Zepiss. Through this long time underrated album, Edmony pays a tribute to the heroes of traditional music from Guadeloupe, starting with Marcel Lollia better known as Vélo. With 3 tracks on each side this album strikes by the originality of the compositions, Tijan Pou Vélo the eponymous opening track is a soulful version of traditional song played in toumblak. Gwadeloup we compiled on Kouté Jazz is a uptempo groovy ballad transended by electric jazz arrangement. Crépuscule last track of side one is a kaladja (a slow rhythm) with Edmony Krater, strongly inspired by Don Cherry and Miles Davis, playing trumpet. On the B-side Chimin Spirit offers a lighter, more danceable view of the world led by the boulagyel (the traditional mouth drum that ka singers use to mark the rhythm) and silky arpeggios on the guitar, singing a message that couldn’t be any simpler: “Let’s follow nature; she will guide us!” In West Indies, Edmony Krater mixes a variety of Caribbean rhythms in with the lewoz rhythm, which is so warlike and mystical, tough and courageous. “We are all children of a common, shared history.” And this history even contains a sense of “terroir” or place, a notion that the Guadeloupian found in the work of Bernard Lubat. “That’s why I wanted to call this piece Occitan Dance. It’s a fusion based on my encounters with Bernard Lubat, with whom I share a common vision of music and its relationship to creation.” Like Lubat, Edmony Krater is incredibly open-minded to a variety of influences as well as a masterful player of numerous instruments (trumpet and drums as well as guitar and keyboards). He has managed to surround himself with a group of musicians who are well in sync with his vision: Eddy Lebouin, bassist and guitarist from Gwokasonné, the guitarist Freddy Tisseur, a childhood friend, the saxophonist Filip Augusty, the drum major Roger Raspail, the drummer Jean-Pierre Coco, the flutist Roseline Pougeol, whose brother played with Konket, and Jean-Claude Predantos on keyboards.