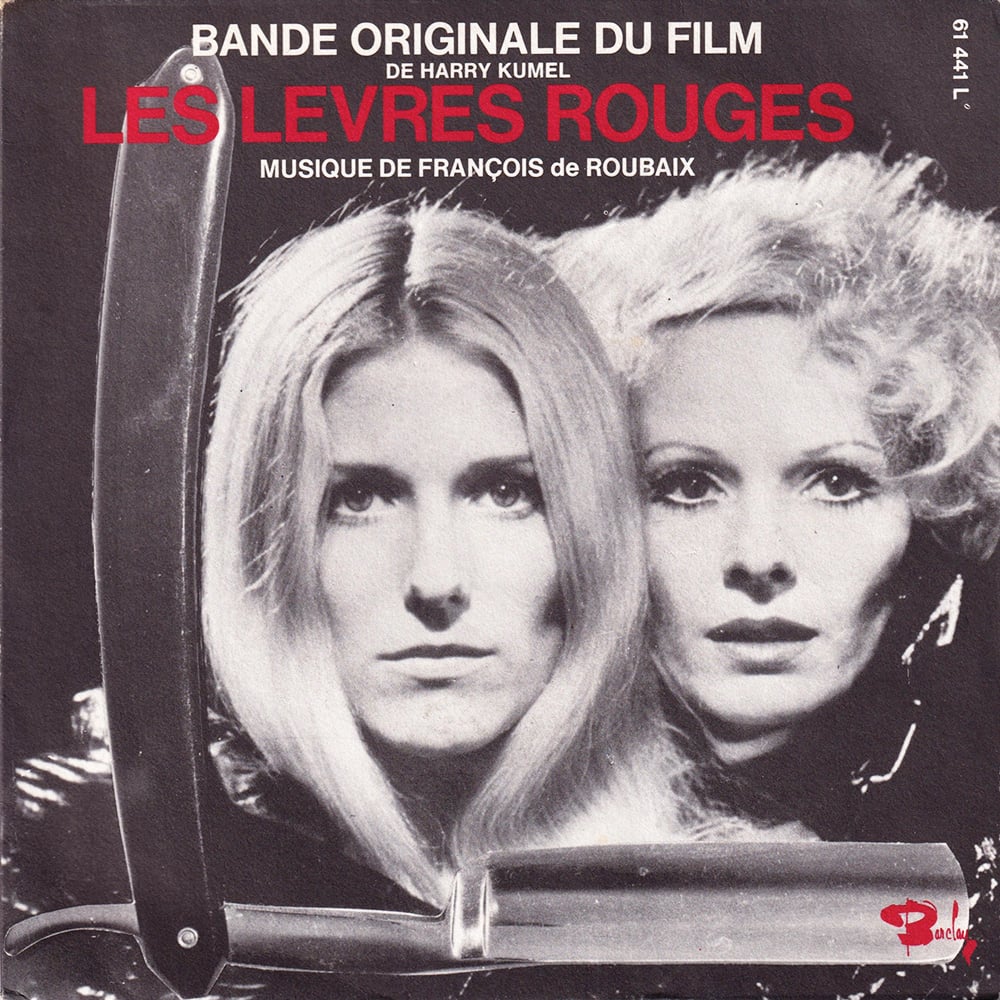 Simply one of the most wanted De Roubaix Soundtrack to this obscure Lesbian Vampires movie ! Released as a 7" only, it includes the masterpiece drama theme Les Dunes d'Ostende with heavy breakbeat, splendid horns and sharp strings, which is considered like one of the best composition of the style and talent of Francois De Roubaix. Very important record to any serious soundtrack, this 7" has gained a cult status among soundtrack collectors.

Record looks EX plays great / Sleeve is EX with only a small sticker removal mark on back.